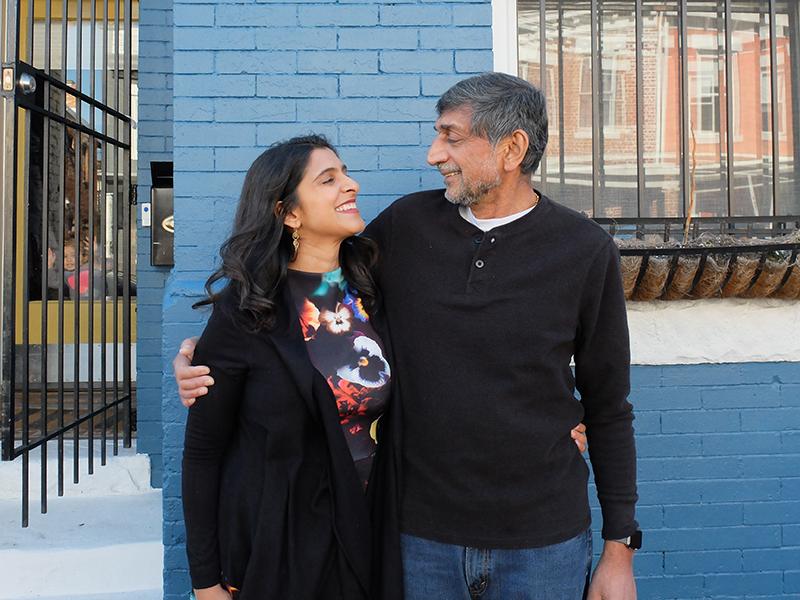 Daulat was born in India but raised in Uganda. Until Idi Amin came to power, he was a Ugandan citizen and held a Ugandan passport. He owned a modest electronics repair shop in Kasese, where jukeboxes continuously bopped out Western rock and country hits.

In 1972, when Amin ordered all 60,000 residents of Asian descent to leave the country within 90 days or face imprisonment, the rest of Daulat’s family had a safety net: they used their British citizenship to move to England. Daulat, however, was only a citizen of Uganda. His exile left him stateless.

6,000 other Asian Ugandans were equally unmoored. While Daulat waited in a transit camp in Naples, Italy, the United Nations scrambled to find a solution for the Asian Ugandan refugees. The United States faced a historic obstacle. Until this point, the country’s seven voluntary resettlement agencies had largely focused on resettling people with affiliations to their communities.

This new group of refugees—Indian, Hindu, Muslim, Ugandan—had no community ready and waiting to sponsor them.

After receiving the plea from the U.S. State Department, HIAS consulted with community representatives and sent their answer back: the Jewish organization absolutely would help.

After resettling the Asian Ugandan refugees across the U.S., HIAS threw its weight behind connecting those refugees with their family members and facilitating family reunions. Daulat’s wife soon came to join him in Baton Rouge. Fast forward a few years, Daulat makes a mean gumbo and jambalaya, is a rabid LSU and Saints fan, and still reminisces about how when he got to the U.S., Dale Brown was coaching LSU basketball and did wonders for the team.

He says he may not know every minor rule in football, “But I know one thing: What the score is.” He adds, “Bottom line is if the Saints won or not.”

When he found a job as an electronic machines technician in Louisiana, he saw a pinball machine for the first time and learned how it worked. Daulat slowly began to climb the career ladder in the machine repair world. He made a point of working harder than anyone else and always, no matter what, sticking to his word. It paid off.

After years of being a company man, he started his own business. He was so successful that there is now a street named after him in Duson, Louisiana: Daulaut Drive.

Charity Name
HIAS
Photo Caption
Past HIAS client Dalaut Sthanki, with his daughter an immigration lawyer. Dalaut became such a success there is a street named after him in Duson, Louisiana: Daulat Drive.
Photo Credit
Maggie Whitehead/HIAS

This site has been approved by the Local Federal Coordinating Committee.
© 2020 Combined Federal Campaign. All Rights Reserved.

This web site contains PDF documents that require the most current version of Adobe Reader to view. To download, click on the icon.